Dave's passion gave us all
the gift of our family history.

Send your Lineage, Photos, and/or Ream Family Information Contributions, all are welcomed, please email to EMAIL
See lineages already contributed at the bottom of this webpage. Send us your lineage and we'll add it.


My name is John Lawrence Ream b.1959   My Ream Lineage from Eberhardt (This is correct spelling for Eberhardt)


Jump to:   Ream Lineages   Send us your Ream lineage.

1q) A Riehm Family Tree Link that I found during May 2009, accuracy unverified, source is a Rootsweb webpage.   May be a good starting place for those of you who occasionally email me asking about various Ream descendants.
1r) Chronology of the lives of Johann Eberhard Ream and Anna Elisabeth Schwab, compiled by Meredith A. Renard 2022 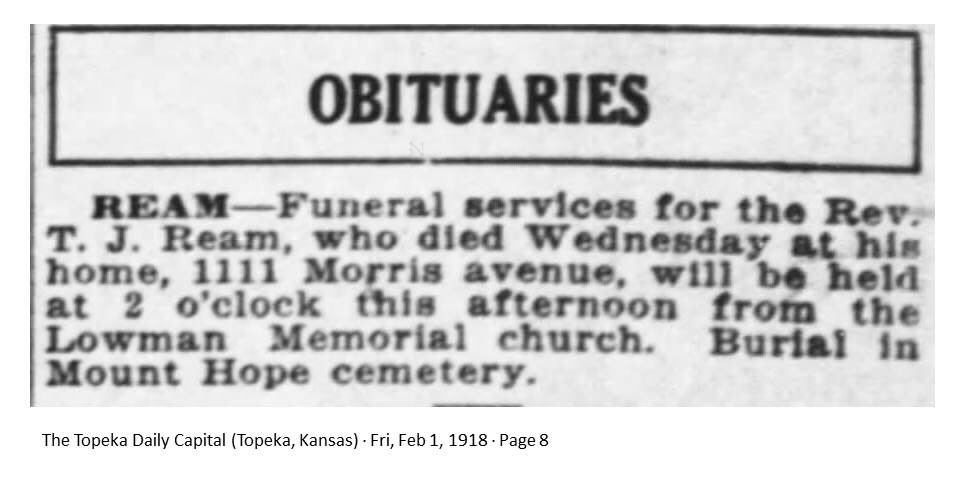 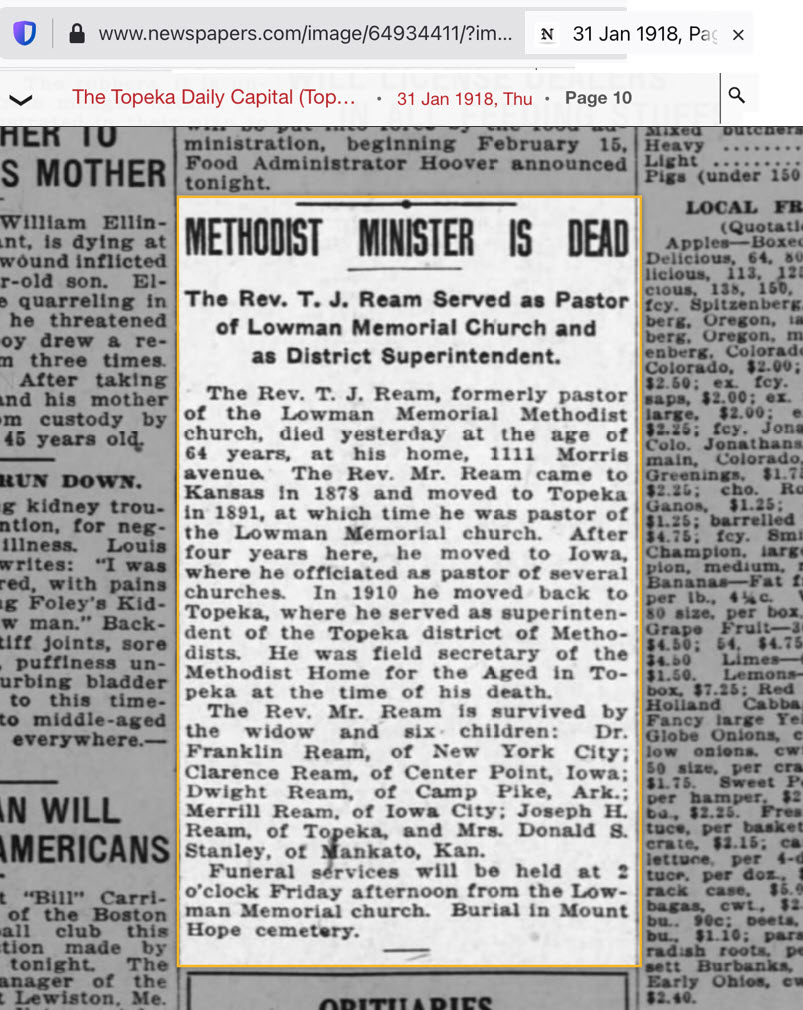 This is from a gentleman in Mexico named Gustavo who searched the cemetery for Merrill Ream 10/17/2019:
Hello there, I got your request about the Grave picture but I was not successful, I was told at cemetery that in the year 1990 they started to keep records of who was buried and where.... So there is almost no records prior to that. San Miguel de Allende is a small Mexican town full of Americans living here. In 1972 they opened a new section at cemetery only for Americans. I just found 3 tombs from 1973, I walked the entire ''American'' section..... After that I walked around the place for an hour but since they have no records it can take weeks to walk every isle and see where his could be....Gustavo.
. . . . . . Three children:      Photo Jay & Tom 1958.
. . . . . . Barbara Jo Ream DeBrodt (Apr 20 1928 - July 30 2020, Summit NJ) Lived in Ann Arbor, is a retired lawyer and prosecutor, married 1955 to Bob DeBrodt (1925-2018). They have two daughters, Carol & Donna.   Show Barbara Jo's Obituary 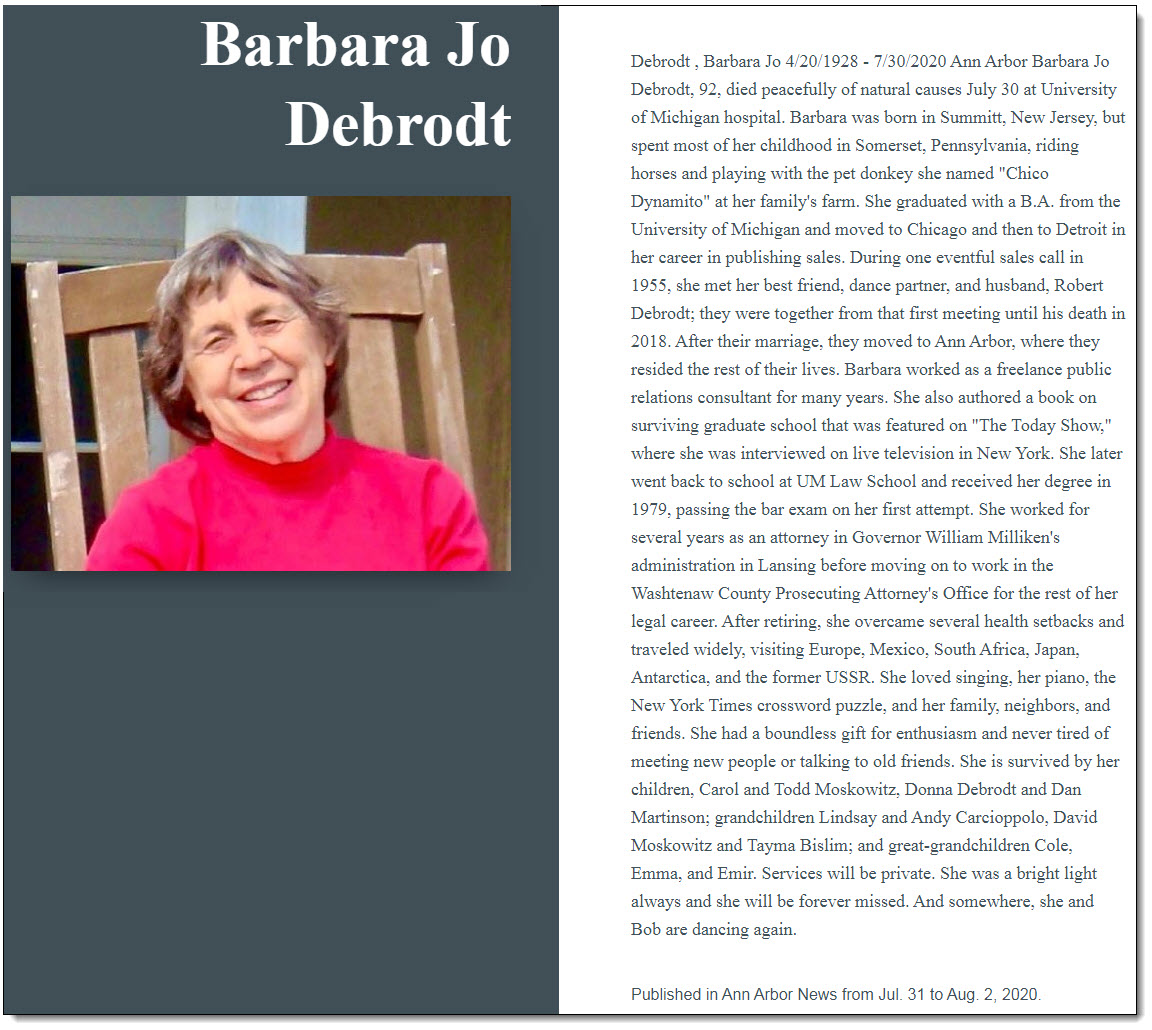 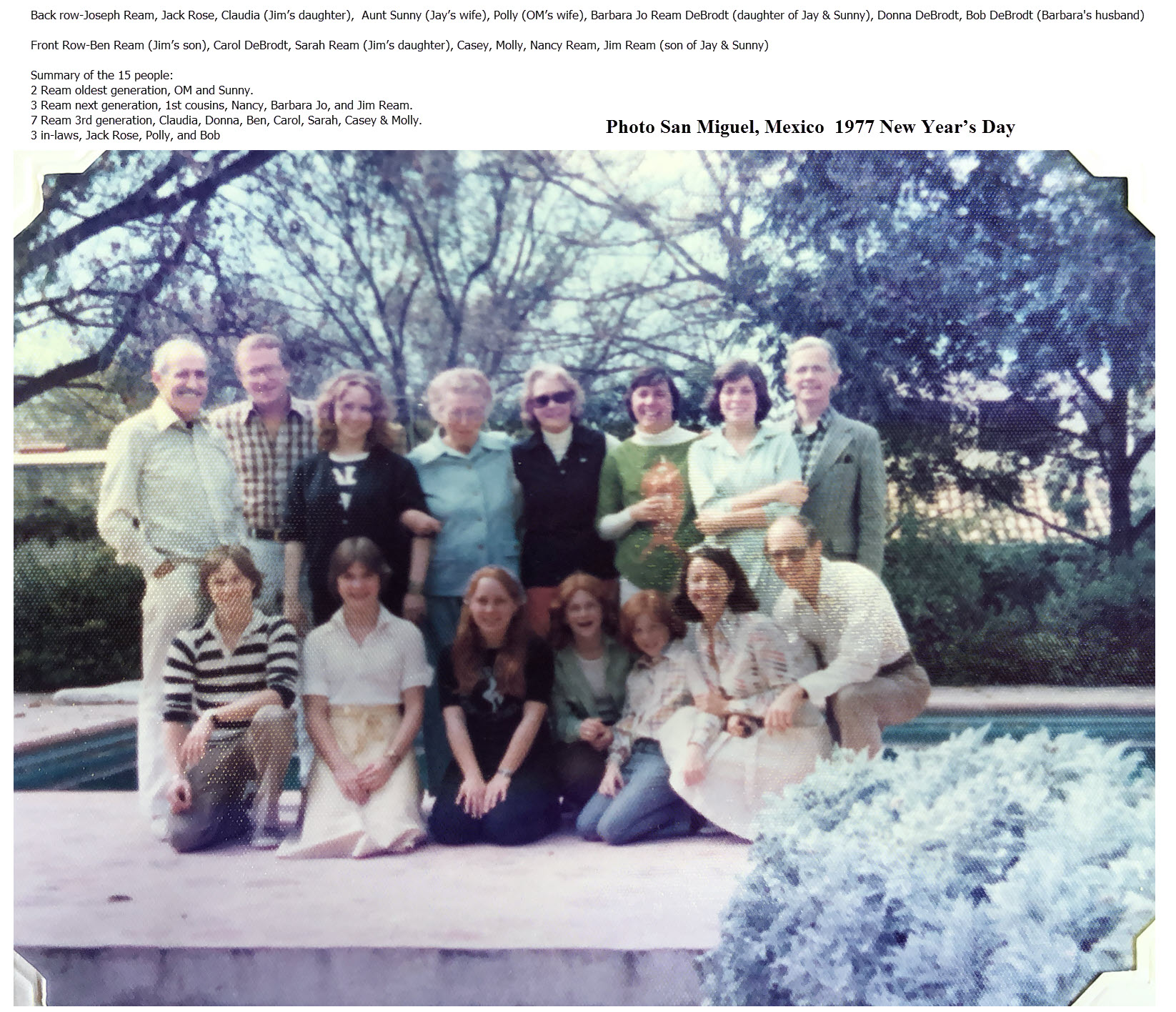 Sorry I’m a date late in responding to this important anniversary. In addition to Steve’s birthday, it is now nearly thirty years since that fateful rainy night near Pine Knoll Drive when the Volvo skidded into the ditch. Mentioning Steve’s name pulls out a multitude of memories of my big brother. I’ll share just a few.

When we were boys and young men, I suspect that I had more contact with Steve than with my other siblings, probably because of our closeness in age. But he was always the big brother; I was never really his equal, or his match in size, strength, knowledge, or experience. Much of our working together was centered on projects of the Old Man, such as the farm in Millstone, the rented acreage near Middlebush, and the ranch near Tallahassee. On the latter project, the OM had so much confidence in Steve that he was the only one allowed to drive the Cat D4 in our land clearing and ranch development efforts. To witness Steve using the bulldozer to uproot trees was to watch an expert in action.

In Middlebush, he and I—and the OM on weekends—spent a good part of each summer for several years around 1950 raising wheat, barley, and oats. In harvesting, Steve would drive the F-20 tractor while I rode the bagger platform on the combine. I would fill each burlap bag with harvested grain and slide it onto the ground. Then, at the end of the day, Steve would load the several dozen 60-pound bags onto the large truck and stack them according to a precise pattern for transport to the grain elevator in Hopewell. This was all hard physical labor—which Steve relished.

When the Ream family moved from New Jersey to Tallahassee in the summer of 1952, the first step in the move was for Stef to drive the truck (and me riding shotgun), loaded with farm equipment, all the way for 1,000 miles. After offloading, we drove all the way back together. The trip was quite an adventure for a couple of teenagers! I believe that Jack and Steve then did another round trip together, followed by Steve and me on the final one-way trip in the truck.

Steve was always a hard worker. He was the strongest close relative I ever had. He loved to show off his physical prowess, as well as embarrassing others he considered snobs and stuffed shirts. Some considered him a bit rough and boisterous, but I always preferred to see “Horse” as a big friendly bear, warm and cuddley. He was also quite a party boy, beginning at Princeton High and continuing through Princeton U. I recall spending a football weekend with him at the Cannon Club—rarely have I seen so much beer being sloshed around! But there were certainly other sides to his personality.

Steve was a highly intelligent and creative man—even as he pooh-poohed intellectualism in general. To recognize his intelligence required only a glance at his academic and career achievements. He had a way of artfully turning a phrase for others’ amusement (and don’t forget his classic cow call!) He occasionally accused me of being a “professional student,” with my nose stuck in a book. Politically, he loved to flaunt his conservative beliefs; I recall his tongue-in-cheek comment in 1964 that Barry Goldwater was just a bit too far to the left.

He was also a great family man. He loved getting together with his close relatives—especially if there was a party. He was a most capable best man at my wedding in 1966. He and high school sweetheart Mary Jo raised a couple of fine children and stayed together for life. I regret that he never had any grandchildren; he would have been the best grandfather ever. After Caitlin was born, Steve made a loving fuss about her whenever we were together.

Here’s how a couple of non-Reams who knew Stef described him: “Oh, Steve, you are so BASIC!” (Virginia Miller, the OM’s #2.) “He’s just a big ol’ honn-gree boy.” (Elizabeth, our cook for a while in Tallahassee, on witnessing Steve’s appetite.)

I shall never forget Stef as a loving big brother, a very positive role model, a truly smart guy, and a wonderful pal. I still think of him quite often in my musing about the past. It was such a shame that he died as early as he did.


Our Heritage:
What is our non-American origin? Or, to ask it another way, to which countries in Europe can we trace our ancestry, the answer would probably be something like: "mostly English, with some Scottish and Irish thrown in, and one strong line of German." In short, like most Americans, we are a mixture. One fact that does tie us more closely to Germany is that we know exactly which place in Europe the Riehms lived just before migrating to America. And we do have lots of living "cousins" in that town. We are not able to say the same about the Biggses, the Davidsons, the Haneses, et al. One of my genealogical research goals is to find some of those other villages in Europe.   --- Dave Ream   (April 2001)

I cannot verify any Irish blood in our Ream or Biggs roots. Cassander Hanes (OM's mother) dubbed her Hanes roots as "Scotch Irish." I suspect that that meant that her ancestors came from Northern Ireland, which was then (and still is today) fiercely independent of the Catholics that dominate the rest of Ireland.
The Biggs-Davidson line is all English, except for the Davidson Scots. Note that, with no exceptions, every one of those ancestors was a Protestant, of one denomination or another.   --- Dave Ream   (March 2005)


Whew... how's that for a brief summary!


Credits: Started in 1998, mostly thanks to Dave Ream.   Also many Ream family members such as you, the Jane Margaret Ream estate, FamilySearch.Org, continued corrections from Dave, and ongoing.


Reamstown Book: "Reamstown 240", to commerate the 240th anniversary of Reamstown.   1st. Edition. Reamstown, PA, July 15, 1999.
The Book is hard bound, 381 pages; genealogies of the earliest Reamstown families; pictures of old building, churches, old & new; listings of cemetery burials of the three largest cemeteries. Lots of stories of people and deeds; history of Reamstown (from Eberhardt onward); drawings of first town lots.
Authors:   Good, Ronald B; Ebersole, Mark; Albright, Rev. John R; et al.
Title:   Reamstown 240, You Determine Where You Are Going By Reflecting Where You Have Been.

Forest Vernon Ream book: "Some Early American Ream and Allied Families" 1977 - 727 pages.   PDF    His Ream linege as shown above is on page 91/113.
There is another book named "Ream Family History and Genealogy", 1977 - 705 pages, which is actually in the above book, starting at about page 24.
Comments shared from a family member: The book is from 1977 and is just over 700 pages. It is somewhat centered around members of the Ream Family Historical Society. Pages 91 through 291 are the lineages of each member, nearly 1000, but in order of membership, so they are not arranged by family AT ALL. Pages 292 through the end are records of the Pennsylvania Archives, in order of their "Series", which seems somewhat random. 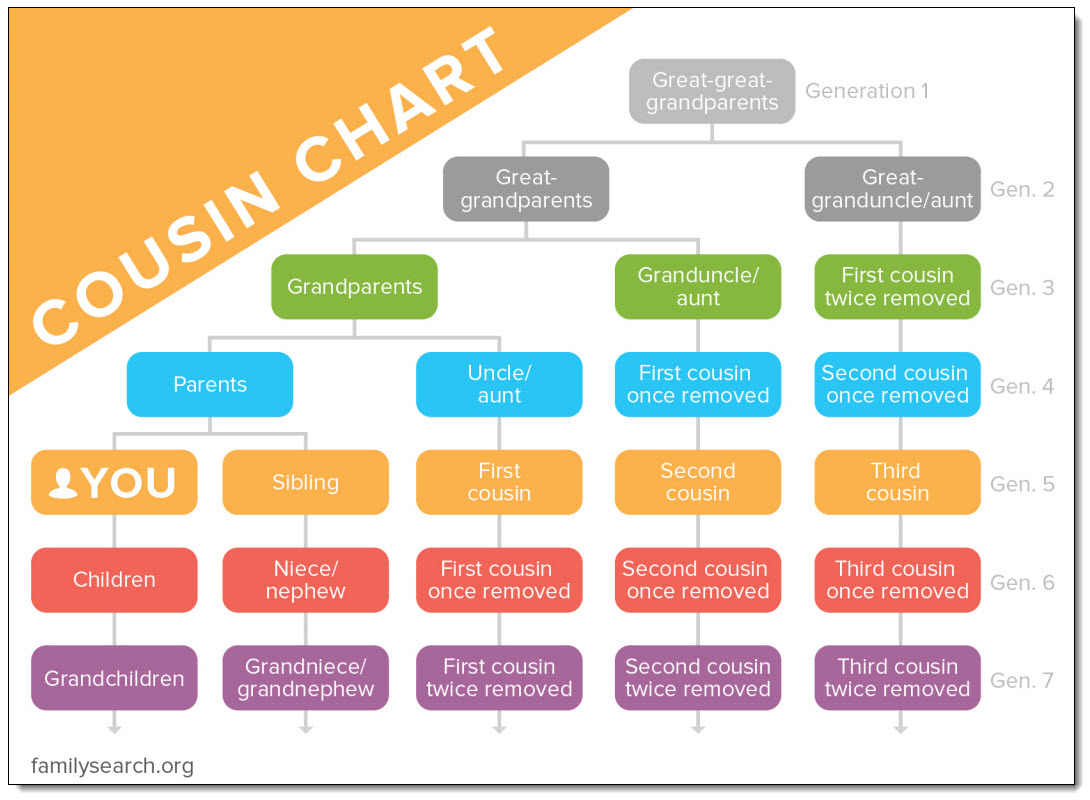 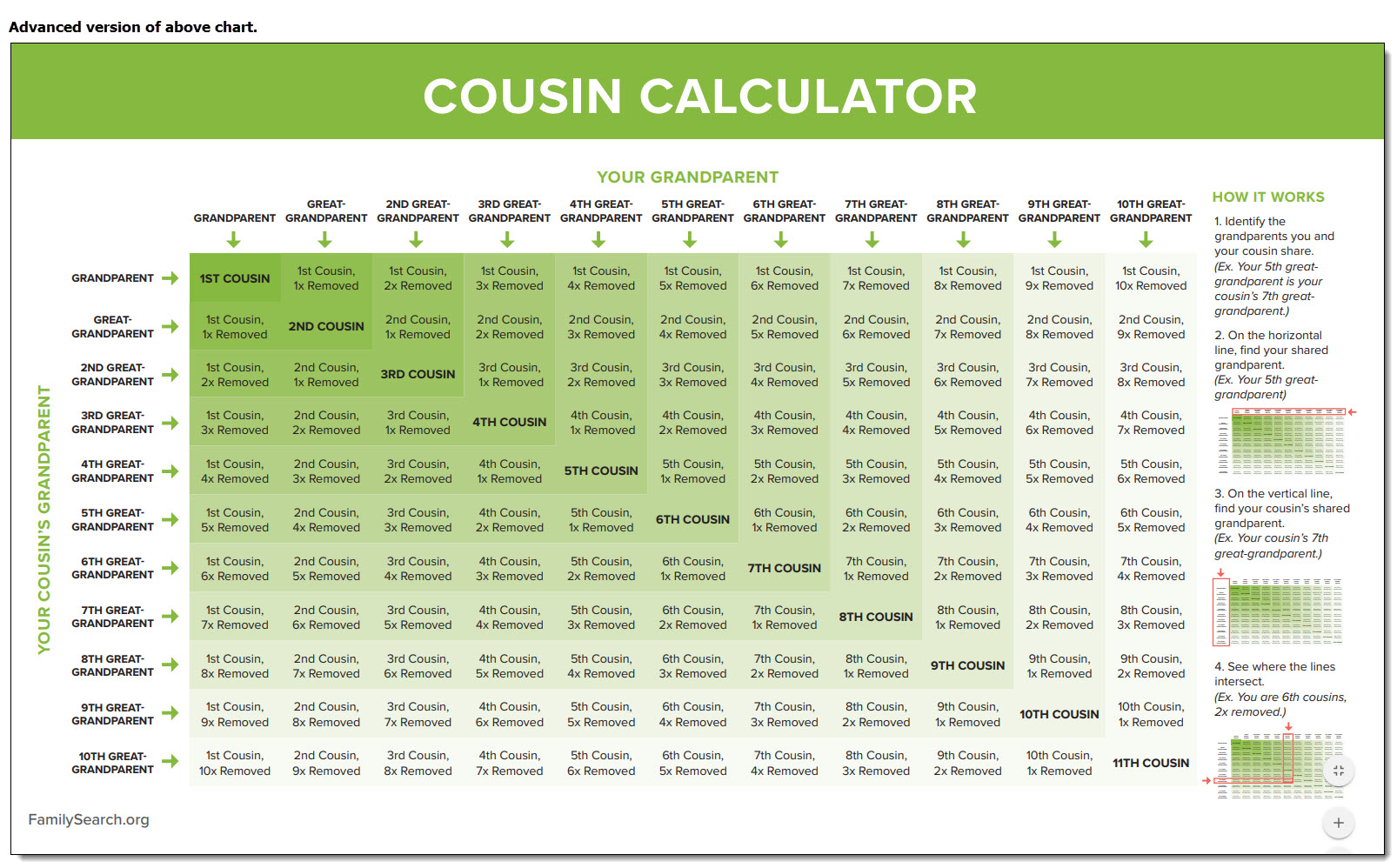 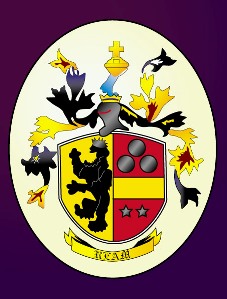 Your Lineage, Photos, and/or Ream Family Information Contributions are welcomed, please send them to us via EMAIL

Unrelated to Major Ream above, but of occasional inquiry interest...       Ream Naval Base in Cambodia    and   Ream National Park in Cambodia       The Cambodian Ream Naval Base name is unrelated to any Ream person.   In Cambodia "Ream" was originated in a Cambodian Poem named Reamker.   In this 7th century poem the hero is some guy named Preah Ream who is an incarnation of the Hindu god Vishnu.   The poem and story is a national epic of Cambodia.   Hence the region land area is called Ream.   The wider region near the base also includes the Ream National Park which was established in 1993 and just took on the name of the region.   https://en.wikipedia.org/wiki/Reamker

Your Lineage, Photos, and/or Ream Information Contributions are welcomed, please send them to me via EMAIL